Menu
Log in
Register
Install the app
You are using an out of date browser. It may not display this or other websites correctly.
You should upgrade or use an alternative browser.

1.- WinSetupFromUSB
http://www.winsetupfromusb.com/downloads/
If you need to install windows (XP, Vista, 7, 8 or 10) from USB unattended and also a Linux OS/tool, this is the tool for you.

WinSetupFromUSB is a Windows program, which prepares multiboot USB flash or fixed disk to install any Windows versions since 2000/XP, boot various Linux and *BSD flavors, as well as many Windows, Linux, DOS based and other utilities. Since version 1.1 program can create USB disk with Windows versions which support (U)EFI (Vista x64 SP1 and later x64 versions), which USB disk can be used in both (U)EFI and Legacy BIOS modes.

The install Windows from USB project started as a challenge back in 2006 at the msfn.org forum. With the invaluable contribution of several forum members, it was the first method to have regular XP setup run from a USB disk, just like if started from a CD media.
Click to expand...

2.-YUMI – Multiboot USB Creator
https://www.pendrivelinux.com/yumi-multiboot-usb-creator/
If you need to install windows (XP, Vista, 7, 8 and 10) from USB and also many Linux OS/tool, this is the tool for you.
YUMI doesn't support unattended windows Vista and newer windows versions, it breaks at the start of the setup.
The advantage with YUMI is that you can have only one XP and many Vista, 7, 8 and 10 as much needed space is available in your USB and the ISO source name are different.

YUMI (Your Universal Multiboot Installer), is the successor to our MultibootISOs. It can be used to create a Multiboot Bootable USB Flash Drive containing multiple operating systems, antivirus utilities, disc cloning, diagnostic tools, and more. Contrary to MultiBootISOs which used grub to boot ISO files directly from USB, YUMI uses syslinux to boot extracted distributions stored on the USB device, and reverts to using grub to Boot Multiple ISO files from USB, if necessary.

Aside from a few distributions, all files are stored within the Multiboot folder, making for a nicely organized Portable Multiboot USB Drive that can still be used for other storage purposes.

YUMI was originally intended to be used to store and run various "LIVE Linux" Operating Systems and tools from USB. Using YUMI to install Linux from USB to a Hard Drive works on some but not all distributions. (I'm working to address this).
Click to expand...

3.-Rufus
https://rufus.akeo.ie/
Seems like this tool is for only one ISO/source, windows or linux, nothing more, i just run the portable version and looks clean, simple, thin.

Rufus is a utility that helps format and create bootable USB flash drives, such as USB keys/pendrives, memory sticks, etc.

It can be especially useful for cases where:

Saaglem said:
Yeah...I do it the old fashioned way. This way I know it's done right and my usb is UEFI compliant.

PS: The source can be ISO or free standing extracted ISO
Click to expand...

To reverse the process and make a bootable ISO to run in a virtual machine.

Clanger said:
BE CAREFULL with IMGBurn, the installer has OpenCandy in it.

WARNING, the MajorGeeks official mirror has opencandy in it(i extracted it), the other mirrors will probably have it too.
Click to expand...

I have always downloaded clean from mirror 7.- Provided by ImgBurn, it now includes Hotspot Shield, just do not check to agree the EULA in that screen and you are good to go.

Clanger said:
The downloads from IMGBurn site and from MajorGeeks are for the same version but have different sizes, Both include opencandy.
Click to expand...

If you haven't installed, shouldn't guess it only.

From many years i don't use antimalware programs, sometimes i use hosts to block ads, i'm not doing it today and i'm not watching ads in webs more than the common as always.

ahazuarus said:
To reverse the process and make a bootable ISO to run in a virtual machine.

It is not a USB Tool but thanks.
NTLite can create an ISO without image mounting (right click - Create ISO).
Win AIO maker can do more than just make an AIO or ISO from folders.

Yeah...I do it the old fashioned way. This way I know it's done right and my usb is UEFI compliant.

PS: The source can be ISO or free standing extracted ISO

Does WinSetupFromUSB install XP with an unattended file?

Clanger said:
Does WinSetupFromUSB install XP with an unattended file?
Click to expand...

Yes, just follow the intructions (boot step 1 for DOS/text mode setup then boot for the second part/gui of the setup).

With WinSetupFromUSB is possible to add 1 XP and many ISOs with WIM format images, i have tested already and use it for my tests.

Nice one. There was a way to install xp from usb but it ignored the answer file. I will give this a try this week. Thank you .

It works on source files with xp, great.

It works with ISO files, extract and configures needed components but the ISO files are used.

I have been using Sandisk Cruzer Blade usb2 keys for my install testing, they are reliable and inexpensive. If buying from Amazon avoid them in "fuss free packaging", ie somebugger has taken them out of the packet for you. If your device only has usb3 ports then try their usb3/3.1 keys. If they are as good and reliable as the cruzer blades, then you will be in luck.

If you are still rocking hdd's and money is tight, you can use them for program files, Nero8 startup is almost instant. 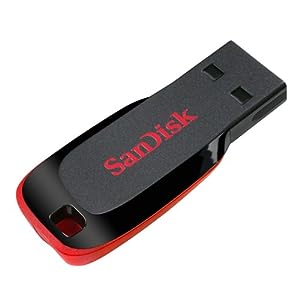 Best tool BOOTICE to grldr and menu.lst boot
and gimagex

Just copy and paste win10 iso to hdd or usb

Kasual said:
BootICE (and other tools, gimagex isn't) is found in WinSetupFromUSB-1-8\files\tools folder.
Click to expand...

That is easy, connect the USB drive, open WinSetupFromUSB-1-8, in the drop down menu select the USB drive, then check the box for Vista/7/8/10..., click on the right side button and select the original ISO or the ISO created with NTLite (or other tool), Press Go button and wait for the message Job done!
Sorry for the lack of images, i'm in a hurry right now.

do not worry , Learn how to use the program , But some things I do not know
Do not tire yourself , I do not need him

Excellent tools From the Russian site , ( Arabic to English to Russian )

http://usbtor.ru/index.php
This tool helped me , I worked bootmgr New and in a new folder too , This tool BMplus bootmgr 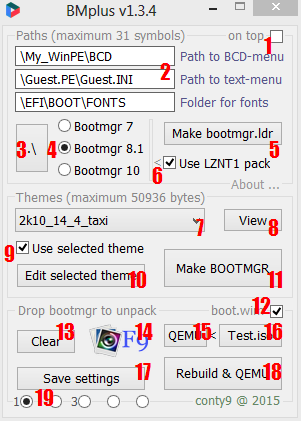 These are many beautiful tools in one tool UTmake_v2.0

Reminds me of the last thing I did, even though I managed to create one, I forgot to set up my boot device after I plugged it into the computer,
Causing me to fail several times.Hahahaha...But it won't happen again.

UUByte - The Best Provider of ISO and DMG Toolkit

UUByte is a famous software vendor that offers the best in quality products for manipulating ISO and DMG files. You can easily burn, create, edit and copy ISO and DMG archives.
www.uubyte.com
The Windows installations disc can be made by any of them.
Last edited: Aug 12, 2019
You must log in or register to reply here.
Share:
Facebook Twitter Reddit Pinterest Tumblr WhatsApp Email Share Link
Top